This may be the farthest local scene that Tuned Up has ever covered. At only half the size of Ohio, Costa Rica is a country known for its beautiful nature, great coffee ,and good vibes. But with this list I compiled for you, I want you to also know them for their thriving & vibrant independent music scene worth checking out.

Growing up in San Jose, I didn’t know how to play any instrument, but after experiencing my first show, I knew that I had to be part of it all somehow. I started making show reviews in online forum boards, booking shows for my friends, interviewing bands, and more. The scene was relatively small but super active and diverse. Bands of all genres would play the craziest bills: from Ska to metal, to Christian hardcore, folk, punk rock, and everything in between; all bands would perform under the same roof.
In a way the Columbus scene reminded me of San Jose’s when I got here, the good and the struggles, the resilience, and the kinship.

So this year I set out to do a Costa Rica Bands to Watch to get to know new or up-and-coming acts that are working hard over there. The scene has exploded tenfold, so I asked my friend Yuliana Cruz from Indie Rock Costa Rica to do five bands, as she’s in the know of what’s happening down there. Another friend, Mauricio Alvarado (drummer and visual artist on Cap n’ Mug) hooked me up with links and recommendations in regards of the underground scene. (Thank you to both!)

I decided to include mostly bands I didn’t know anything about. And what a wild ride! Let’s get to it.

Adiós Cometa: Listening to Adiós Cometa’s creative blend of indie rock/dreampop sub-genres was such a pleasant surprise that I had to click repeat a few times! It turns out they are signed to Velvet Blue Music, a grassroots label run and founded by Jeff Cloud (Starflyer 59, JoyElectric, Pony Express), with an EP set to be released on March 5th called La Isla Que Somos. Their label has this to say about them: “Adiós Cometa creates through ‘a lot of reverb, chorus & delay,’ an equally melodious, introspective and melancholic sound, that joins the dots between shoegaze, dream pop and post-punk… They’re one of Costa Rica’s hidden gems, shining brightly with its sweet and heartfelt sounds.” -I’m in. -MC

Dieskañas: When it comes to ska, I love me a full and big brass section. And Dieskañas’s horn game rules! With socially charged lyrics and a fast-paced style infused with punk, reggae, latin percussion, and epic organ lines, they’ll make you want to skank the night away after just one listen. -MC

Canina: Canina’s voice is impossible to ignore for being so harmonious and sweet. She currently only has two singles: “Resulta feat. Achará (of 424)” and “Cas con sal” with lyrics we all can identify with at some point. [For fans of triphop and synth/art pop]– YC 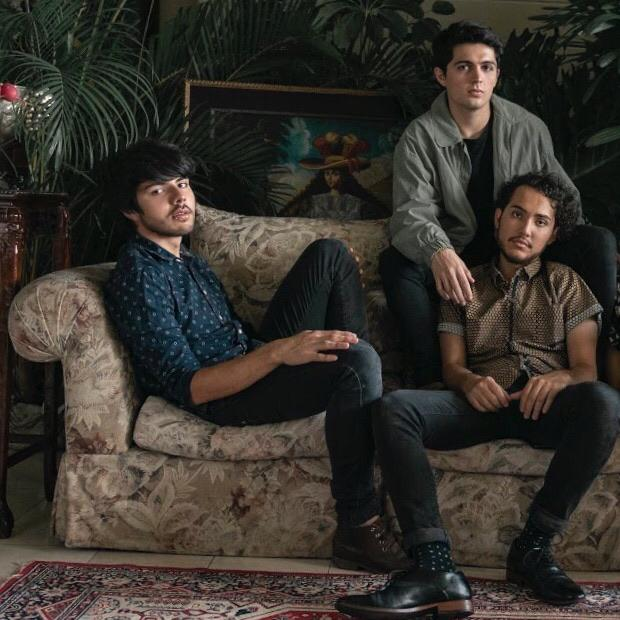 Pasajeros: is an indie rock band with a refreshing sound, mixing synthesizers with bass and guitar. If you like indie rock/pop you definitely have to listen to their EP Este Puerto Es Nuestro Hogar and its remix version of “Anclados,” featuring collaborations with Felino Taurino, freestyle rapper SNK, and Achará (of 424). -YC

Their creative percussive elements mixed with synthy indie rock and other styles are some of the highlights of how well-crafted their music is. I’m a big fan! -MC

FUFU: The flow of this 16-year-old girl is straight up fire, spitting bars full of wit while jumping back and forth from Spanish to English seamlessly. She mixes up trap, underground rap, reggaeton, and everything in between, with an attitude like the big players and the talent to back it up. We wish her the best! -MC

Ventajas De No Ser: What a wonderful surprise to come across Ventajas De No Ser, a one-piece post-hardcore/screamo outfit with a piercing, refreshing sound. It reminds me of mewithoutYou’s groundbreaking early days. With only a few great lo-fi recordings out, they’re definitely a band to keep an eye on if you are a fan of the genre. -MC

Liah Sample: I remember the first time I listened to Liah Sample’s track “Wilderness.” I became a huge fan on the spot. Her emotional crooning and captivating delivery will draw you in. She is hands down one of my favorite artists hailing from Costa Rica, and I can’t wait for her to release new material. For now make sure you get to know her. -MC

Madame Whiskey: All alternative rock fans should listen to Madame Whiskey’s proposal, as they have that “classic” sound of rock music, where the electric guitar stands out along with the powerful drums and a voice that has its own style. -YC

Nou Red: They’re a female duo creating super powerful pop music. Their sound has a very strong piano base, and their voices complement very well with it. They are, without a doubt, one of the projects that will continue to grow in Costa Rica. -YC

Vanitas Vanitatum: The multi-genre, multi-instrumentalist singer-songwriter David Bará has been essential in the underground tico scene, being part of metal bands like Escrituras and Sepulcro Vacío, hardcore punk outfit Forastero and his grunge project Anónimo (just to name a few). Throughout his career he’s explored themes of spirituality, theology, philosophy, and social justice, making him a true modern voice in the wilderness, speaking up for the least of these. -MC

Buena Suerte: Costa Rica has one of the most diverse ska scenes in the world. So many bands and fans of the genre! There’s even Ska-dedicated festivals. These guys’ proposal comes with a little two-tone mixed with reggae and plenty of pick-it-ups! -MC

Doña Pacha: This group of women doing feminist punk is the best thing that could happen to us. They have the guts and all the punk attitude, defining their proposal as “macho satire in pursuit of feminism,” and this is something necessary in our music industry. -YC

Contraflores: They are part of the new school of hardcore, blending genres into an organized chaotic experience a-la Knocked Loose with their very own flavor, including melodic undertones, creative drum lines, and epic vocals. -MC

Encore! Because only 13 bands to watch is not enough. Here’s a few more not-so-new acts for you to check out.

Nakury & Barzo: A fantastic duo formed by hip-hop artist Nakury and producer Barzo. Nakury’s style is so versatile and full of energy, with non-stop flow touching on social themes informed by her work as an activist & a journalist. Barzo’s skills shine through in the high quality of his productions. As a team they bring the house down. Look up their releases via the independent record label Lácteo Cósmico -MC

Solocarne: One of the key pioneers of the underground punk scene, Solocarne’s mastery of melodic punk rock with elements of pop punk, indie rock, and hardcore punk make them a must-have if you are a fan of the genre. -MC

Billy The Kid: btk506 is a hardcore superband formed by members from legendary bands like Código Penal and Ablaze The Embers. They add dancehall reggae, hip hop, metal, punk, and a ton of influences to their music, and their stage performance is top notch. Check them out if you miss mosh pits! – MC

Entrelíneas: A very versatile pop rock act for fans of The Killers, DNCE, Walk The Moon, or Euvoia. Entrelíneas just performed a live streamed concert that aired on TV, FM radio, and web simultaneously and cut an album out of it. If you like bands whose goal is to make you dance in the middle of the club, definitely give them a try -MC

Last but not least! Here’s a couple of talented Costa Rican ex-pats’ music:

Mr Kowalsky: The music of this Costa Rican-born, Paris-based singer-songwriter is full of sun, surfing and good vibes. He leads the ska punk band 13 Millas de Libertad, but his solo project is more focused on a special trilingual blend of tropical good vibes, a style he calls “’Surf Rock Reggae,’ wherein he explores the roots of reggae and mixes them with his varied influences, such as surf and rock accents.” Great soundtrack for popping open a coconut water and chilling on your back porch. -MC

Nova Mariéé is the pseudonym of Mariela Arredondo, a Costa Rican-born singer-songwriter from Los Angeles, CA. Her style is very diverse and versatile due to her leaning towards crafting music for media & tv, so she’s able to pull ideas from different styles to make the catchiest tracks. -MC

Thanks so much for reading this! Please share it with your friends and listen to the following playlists, Pura Vida!

Small disclaimer: There’s so many amazing bands and artists that should be on the list, but because of time I was not able to include them.
If I missed your band or your friend’s band, please post their names and info in the comment section, and we’ll add them to the playlist.

Small PSA: I want to encourage you to do something and be part of your music community even if you don’t play any music! Awesome people like Ryan Getz (the fearless head honcho of this very magazine) or Yuliana Cruz from Indie Rock Costa Rica are essential to make a music scene thrive.